The History of Water Softeners & Why They Matter 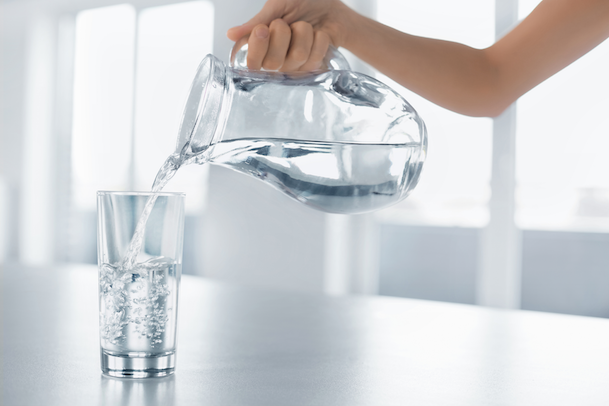 While water treatment roots back to 1500 BC in Ancient Egypt, the concept of water softening wasn’t discovered until the mid 1800’s.

Important for daily use, softened water contains few to no extra minerals and is, therefore, gentler to your fabrics and skin. Water softeners producing lovely softened water also reduce health issues and prevent any scum build-up in your water supply systems or appliances. To learn more about the dangers of hard water, please visit our article, ‘The 9 Dangers of Hard Water’.

What is a water softener? Water softeners help remove magnesium, calcium,  and other minerals from your water which brings many benefits to you and your family.

In this article, we look at the history which made water softening and water quality what it is today:

A History of Water Softening

In the mid 1800’s, an agriculturalist named Harry Stephen Meysey Thompson, and a chemist named John Thomas Way discovered that when fertilizer travelled through a specific form of soil, a calcium sulphate solution formed. This discovery was reported to the Royal Agricultural Society of England, who determined that the soil must contain specific minerals that caused the reaction.

In the early 1900’s, desalination became a priority for those investigating water softening. In his studies, the German Dr. Robert Gans designed the first scale harness removal system, and Russia went on to develop the first zeolite softening system, installed at an electric power plant.

This foundation set the stage for New York company Pfaudler Permutit to market the first synthetic zeolite system – which removed even more hardness from water than natural systems could at the time.

During this time, water softeners were large in size (30 to 36 inches), very expensive, and needed to be taken apart to be cleaned and regenerated for use. This process was time consuming, difficult, inconvenient, and prevented homes from receiving soft water for a few hours each time they needed to be re-activated.

At this time, clean water had become a large priority as coliform growth had caused a health crisis. However, only the very wealthy could afford softened water and water conditioning systems. In most cases, servants were tasked with maintaining water quality and ensuring their wealthy employers were served with the highest quality of water.

At the beginning of the 1930’s, people could access water-softening tanks through a rental system that provided them with a new tank each month – that was re-charged and ready to go. The uncharged tanks would be returned to the plant and regenerated and re-used.

In 1936, it was discovered that dissolved solids could also provide water softening and conditioning through ion exchange – an incredible shift in the processing of water. English chemists Basil Albert Adams and Eric Leighton Holmes discovered the synthetic resins, which pushed for the development of a commercial demineralizing plant.

In the 1940’s, a great deal of research was devoted to ion exchange technology and how harmful contaminates could be eliminated from municipal water. This research led to the eventual discovery of our present-day understanding of ion exchange – to remove debris and contaminants from drinking water.

In the 1950’s, water softeners gained the technology to regenerate themselves, working off an electrical timer that would signal when regeneration was needed.

In the 1970’s, concern shifted from waterborne illnesses to polluted water due to pesticide use and industrial chemicals. Much of the pressure to remove contaminates in water came from the development of the Clean Water Act of 1972, which was passed to ensure that all American’s had access to clean and safe drinking water.

The 1970’s also saw the application of processing methods of active carbon, aeration, and flocculation to improve water quality.

In the 1980’s, reverse osmosis was investigated and implemented – working to further reduce risk and expand the capabilities of water improvement systems.

In 1995, block salt was introduced to water softeners, allowing water softener systems to go longer without needing to be regenerated.

In the present day, new technology has allowed for water softening and purification tanks and technologies to be much smaller, more efficient, and more affordable.

How does a water softener work? High-capacity water softeners can filter more water than ever before, and more people are benefiting from healthier, cleaning, and softer water thanks to innovation made by the many inventors of our past. New technology ensures that they use much less salt and water in their processes saving you money and the environment.

Benefits to you and your family?  You’ll use much less detergent both in the kitchen sink and the laundry, much less shampoo and have softer hair and skin, and enjoy softer clothes, sheets and towels.

At Harris Plumbing, we install superior quality residential and commercial water softeners that will eliminate harmful and annoying hard water issues from your home. Our annual in-home maintenance service keeps your unit working at optimum performance.

To learn more about our Ontario-made 485 HTO Water Refiner (which also removes chlorine) and the Aqua Flo QCRO Platinum water softening systems, contact us today at 1-866-786-1801 or check out our articles below: