Call in a Plumber: Four Mistakes That Can Damage Your Home’s Plumbing

As much as people would like them to be, no house’s plumbing is completely perfect. Once in a while, you’ll have to deal with a busted pipe, backing up drains, or maybe a long and arduous bathroom renovation or installation, and need to call up your trusted plumber in Barrie or Aurora. While these previously mentioned issues are all common and in the long run unavoidable, there are certain silly mistakes that a lot of people make that could also mean calling the plumbers over. 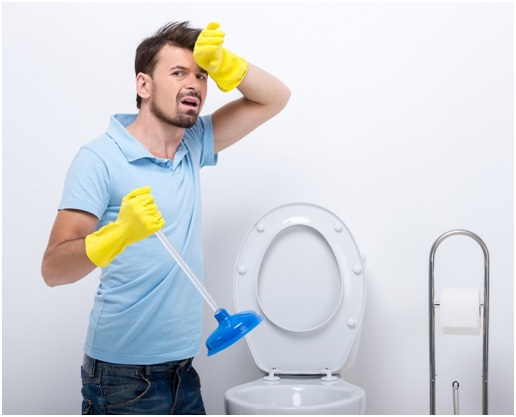 Garbage Disposal Abuse
To start,there is this most common mistake people make—using the garbage disposal as an industrial-sized trash compactor. Yes, it is called garbage disposal, but not every form of garbage can actually be disposed with these little contraptions in your sink. Despite this, countless people still insist on cramming everything into their garbage disposal until the blades stop turning. Pumpkin carvings, potato skins, and watermelon rinds are the absolute worst you could force into a garbage disposal, but large quantities of any excess food items can still cause a lot of damage.
Plumbing Fixtures Are Not Wall Hooks
Another problem, which often leads to people needing a plumber, is hanging far too much weight on their plumbing fixtures. This may seem pretty obvious, but there are still hundreds of plumber calls every month due to people leaving too much weight tugging down at their wall-mounted shower heads or taps. As sturdy as a lot of plumbing fixtures look, they are simply not designed to have much weight hanging off them, and after a while they can tear all kinds of fixtures off at the threads.
Rookie DIY—Using Incompatible Connectors
One other, slightly less common mistake comes from people who decide to have a go at simple plumbing jobs themselves, particularly joining two different metals without the proper connector. When plumbing pipes are made of two different metals, steel and copper for example, they require a proper coupling material to make sure the area of pipe isn’t corroded.
Knick-Knacks Down the Drain
Finally, an issue most common in households with kids. You’d have to put a lot of work in to track down a plumber or handyman who doesn’t have a story about a client who flushed something bizarre down the toilet. While it provides a great laugh when these tradesmen go for union meetings and talk to others in their industry, the damage it can cause will be no laughing matter to the homeowner when the repair invoice comes through!
Sources
10 Expectations From a Good Plumbing Service, RedBeacon
10 Mistakes That Will Make You Call the Plumber, Popular Mechanics