History of a Vital Industry: How Modern Plumbing Has Changed the World

Today, with all the massive leaps in technology and the miraculous effects of modern medicine, people often forget what they owe their great quality of life to. There are countless different factors contributing to it, which would take several books to fully catalogue and explain, but one particular profession that is often overlooked is plumbing. Therefore, here are a few ways in which modern plumbing in Aurora, Newmarket, and everywhere else have changed the world. 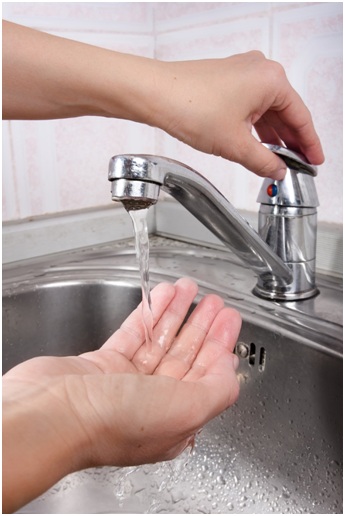 To really appreciate the impact that modern plumbing has had on people’s lives, we first have to look at what the world was like before the practices and conventions that have made the trade what it is today. After the collapse of the Roman Empire, a huge majority of European people who had lived under its oppression began spreading a doctrine of hatred for absolutely everything the empire had introduced to their societies, including bathing. Somewhere along the line, a ludicrously popular belief that getting wet at all caused illness sprung up, and the cultural aversion to bathing continued through most of the dark ages.
Before the introduction of modern plumbing, bathroom facilities (provided you were rich or privileged enough) consisted of a bowl, pitcher, wash stand, and chamber pot. Almost everywhere in Europe and later in the colonial Americas human waste was thrown into the street or dumped anywhere that seemed convenient.
This unwitting disregard for hygiene, particularly in more built-up, urbanised areas, lead to almost constant infestation problems with rats and other vermin. The most devastating result of this by far was the Black Death. Although no one has an exact figure, the plague is thought to have killed between 75 and 200 million people, roughly a third of the entire population of Europe at the time.
Looking back at these periods in history, it’s easy to see how much of a positive impact modern plumbing has had on people’s day to day lives, but there’s still strong evidence of this in the modern day. Just twenty years ago during the Rwandan refugee crisis, there were huge outbreaks of dysentery among refugees who were living in camps that were lacking in proper plumbing facilities. This led to a UN campaign to supply the camps with purified water, and encourage refugees to use outhouses and keep human waste as far as possible from any living quarters. After these measures were brought in, the rate of dysentery plummeted.
Needless to say, plumbing systems and practices have come a long way since its early days. The next time you enjoy a glass of water from your tap or a hot shower in your home in Ontario, it would be nice to whisper a silent thanks to those who contributed to the improvement and growth of today’s plumbing industry.
Sources
History of Plumbing, Inventors.about.com
Thank a Plumber, BestPlumbers.com